Recent Crime in Our Area 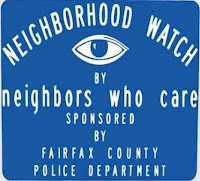 In this issue of Ripples, we will review recently reported crime in our area. It is important to note that not all crime is reported. The source of the following data is crimereports.com. For this review, we will look at six months of data for the area roughly bordered by Sunrise Valley Drive, South Lakes Drive, and Colts Neck Road.

In the immediate area of Lakeport Cluster, all of the reported crime was at South Lakes Village. The incidents were limited to destruction of property (vandalism, graffiti, etc.) and shoplifting. In past periods, other crimes, such as disorderly conduct and simple assault, were reported.

For the area as a whole, the following crimes were reported in descending order by number of incidents:


The largest concentrations of reported crime were in the following areas:


If we expand the area to include high-traffic areas north of the toll road, such as the Metro station, Reston Town Center, and the food complex (McDonalds, Taco Bell, Pizza Hut), the incident count is relatively high, and there are crimes there that are not reported in our area, such as sexual assault (one incident) and robbery with a firearm (one incident).

As we have reviewed in the past, many crimes are not premeditated. Rather, they are crimes of opportunity. For example, a car left running in front of a convenience store (auto theft), a car left unlocked in a driveway (theft from an auto), and a bicycle left unlocked in a Metro station bike storage room (theft from a building). By reducing the opportunity for someone to commit a crime (don’t make it easy, don’t make it tempting), you can reduce your exposure to crime.

Posted by TMBarnett at 8:37 PM