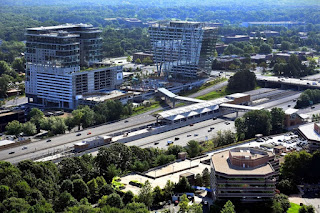 Walter Alcorn, the new member of the Fairfax County Board of Supervisors who represents Reston, is off to a quick start. At his first meeting, he asked the Board
to begin a review of the Comprehensive Plan for Reston that controls future zoning decisions. The Board approved his resolution, which, according to Supervisor Alcorn, directs the County’s planning and zoning staff “to review key elements of [the Comprehensive Plan], including the balance of existing and planned development, infrastructure and the environment across all of Reston.”

Typically, such a staff review and community engagement process would take about a year to 18 months. The County will establish a community task force, conduct public meetings, and provide opportunities for community input. The task force will submit recommendations for amendments to the Comprehensive Plan for Reston to the Board for its consideration and potential action. The process has the potential to change significantly the future development of Reston.

Supervisor Alcorn is currently seeking nominations to serve on the task force. Task force members should live in Reston, and nominees should provide a résumé and a brief statement of interest outlining why they want to work on a group to review the plan. The deadline is Saturday, February 29, 2020.

The current governing document, which includes the zoning plan for transit station areas in Reston and the plan amendment for village centers and residential areas in Reston, is about five years old. Supervisor Alcorn noted that in that period, the Board has approved more than 30 re-zonings, including millions of square feet of development in the areas adjoining or proximate to Reston’s Metro stations.

Supervisor Alcorn’s proposal would authorize a plan amendment for Reston that focuses on the following:

Posted by TMBarnett at 8:38 PM