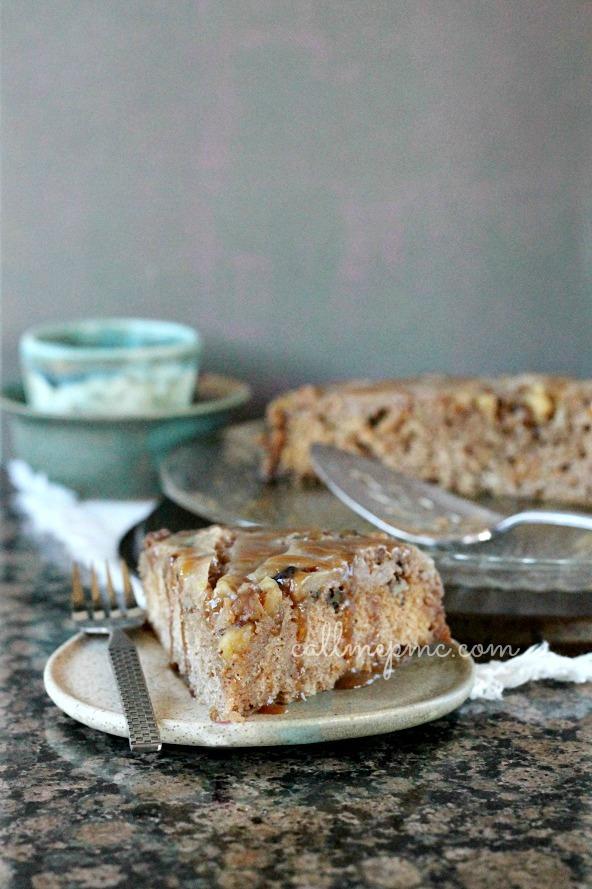 In a 10-inch cast iron skillet, melt the butter over medium heat. Spread the butter to cover the skillet and add the brown sugar and maple syrup. Simmer, stirring with a wooden spoon until the sugar is dissolved. Remove from heat and arrange the pear slices decoratively over the sugar and butter mixture. Sprinkle the walnuts over and around the pears. Set aside while mixing the cake batter.

Carefully spoon the batter into the skillet and spread evenly, being careful not to disturb the pears. Bake at 350° 40-45 minutes. The cake is done when a wooden toothpick inserted into the center comes out clean. Let the cake cool in the skillet on a rack for 10 minutes and then loosen the cake from the pan by running a knife around the edge. Invert the skillet onto a platter (carefully because it will still be hot!). Allow the cake to cool on the platter for as long as you can resist eating it!

And of course, like everything else, it’s better with a big scoop of vanilla ice cream!

Posted by Lakeport News at 9:30 AM