The Lakeport Standards Committee and the Board have been working through Lakeport’s design standards and revising them as needed. Here is an update on two of these standards.

Windows Standard: The DRB staff requested some changes to the version of the proposed new window standard that was sent to them earlier. The main changes are adding a template that RA requires be submitted along with the DRB application, including some of the RA language, and making it clearer to the DRB what the changes are between the current and proposed standard. The final version of the proposed new Windows Standard can be found at https://drive.google.com/file/d/11nUvHJGSvvvq8egTWUsq5VTnsTEc-GWD/view. Review by the DRB is scheduled for September 10.

House Numbers: A new standard for house numbers is being written, with the goal that all of the Cluster’s homes include house numbers that are clearly visible from the street and that are as consistent as possible in location and appearance for emergency personnel, as well as others. A recent email was sent describing the proposal (that information also appears below).

Please send feedback about the proposal for changes to the House Numbers Standard to Board@lakeportcluster.org by August 19. Feedback on the Windows Standard is also welcome. 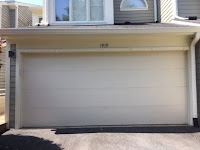 Context: Lakeport’s current standard for House Numbers requires all Phase 2 houses (which are all homes other than 1944-46-48-50-52 and 1951-53-55-57-59 Lakeport Way) to have 4-inch black numbers “placed on top of the garage, attached to white trim board, centered over garage.” We have realized that only odd-numbered homes on Lakeport and even-numbered homes on Lakespray have this trim board (50 of the 72 Phase 2 homes). The remaining Phase 2 homes have metal plates on a brick wall at the front, and some also have 4-inch black numbers, but there is variation in location. See https://drive.google.com/file/d/1LGtbmWgUxeyWpV4VtEzc27vTcNyFmAcD/view.

2.  For all homes with odd numbers on Lakeport Way or even numbers on Lakespray Way: centered on the trim board over garage [see above - no change—see photo to the left of “Context”] 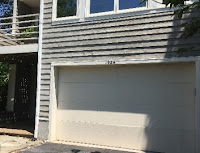 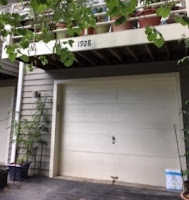 We are urging all owners to install these 4-inch numbers as a safety measure that affects everyone in the community. Each individual number costs less than $2 online or at Home Depot, and although it might be an inconvenience, the Board is willing to help install numbers for anyone who needs to add or move their house numbers. Once we have DRB approval for a new standard, we will announce a “House Number Installation Day” when we (and hopefully others in Lakeport) will be available to help our neighbors comply with the standard.

Posted by TMBarnett at 8:12 PM